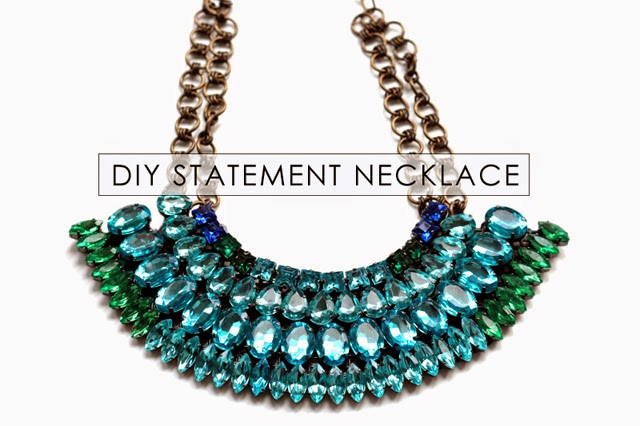 Spring is finally here, and what better thing would there be to do except make an extremely large, loud statement necklace?

This necklace was inspired by Dannijo's Bea necklace with a hint of Dannijo's Nathalia necklace thrown in. The inspiration necklace will set you back almost a thousand dollars and has more rhinestones in it than any other necklace I've ever seen. 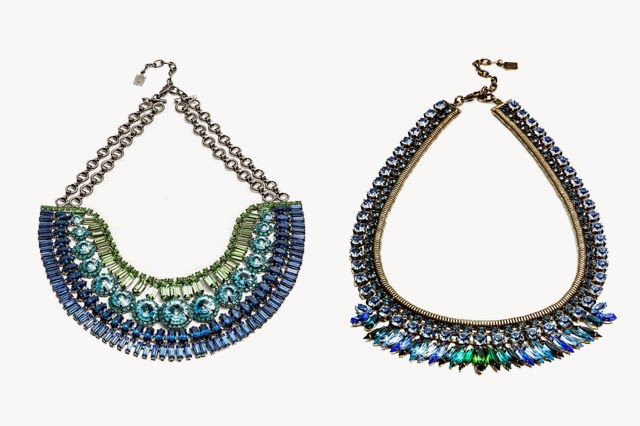 My DIY version wasn't super cheap (probably $30 or so in supplies) but not so bad when compared to the real thing. Most of my supplies came from Consumer Crafts, one of my favorite sources for affordable rhinestones in settings.

To make this necklace you will need sew-on rhinestone slider beads in a variety of shapes and sizes. Use a limited color palette (such as blues and greens) to keep the necklace from looking gaudy. I used the following:

You will also need:
The slider beads will have two sets of holes in the back which allow you to string them together using jewelry wire. Use two strands of wire for each set of beads. 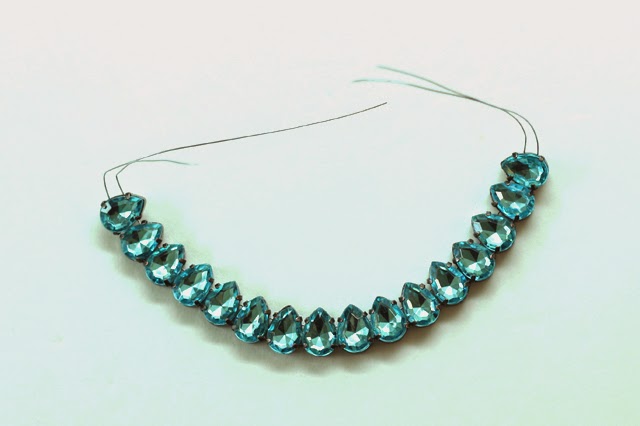 Twist the ends of the wire together, cut to about a half inch and bend the ends behind the beads. 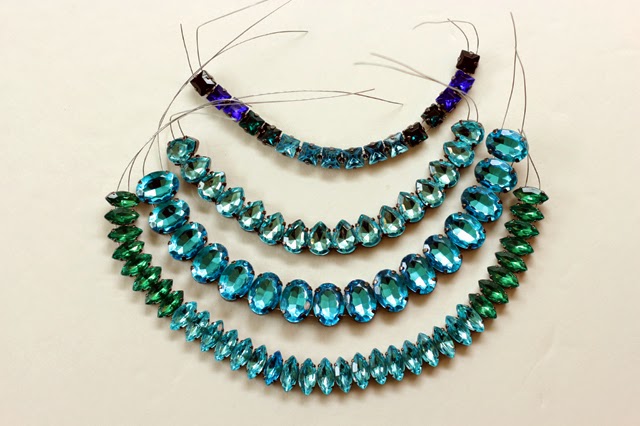 Mark the center point of each strand of beads. (I used a small piece of blue tape.) Line up the beads on your canvas mesh so that they are centered.

Use a few piece of jewelry wire to loosely wire each strand to the mat at the center point of each strand. This is to temporarily hold the beads in place.  You will later remove this wire.

Position the top strand of beads (the square beads) to have an even curve. Wire the ends of the bead strand in place. 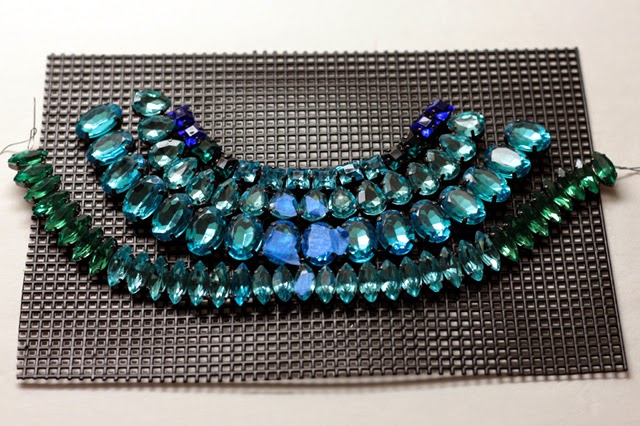 At this point, the simplest way to attach the beads to the mesh is with jewelry glue. (See Step 7 before gluing. Don't glue down the mesh where you will be attaching your chain until after the chain is on.) 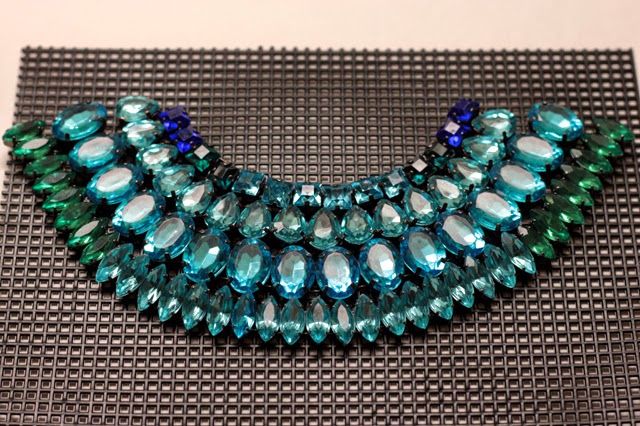 However, I had to be weird and also have a reversible option in case I want to dismantle this necklace later and make it into something else. If you also have commitment issues, you can stitch the bead strands to the mesh instead of gluing.

To sew the beads to the mesh, use heavy duty sewing or embroidery thread that is double threaded and matches your mesh. Sew through the wire strands to the canvas mesh and tie off with knots. 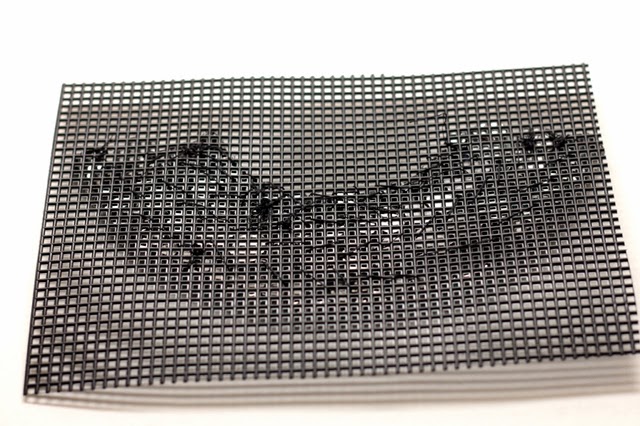 After the beads are firmly attached to the mat, you can remove the wire used to position the the beads. Then cut around the plastic mesh. I cut roughly with scissors and then more closely to the beads using small wire cutters. (You can also use fingernail clippers.) If you have glued the beads to the mesh, you can cut very close. If your beads are sewn on, cut more cautiously so you don't sever any thread. 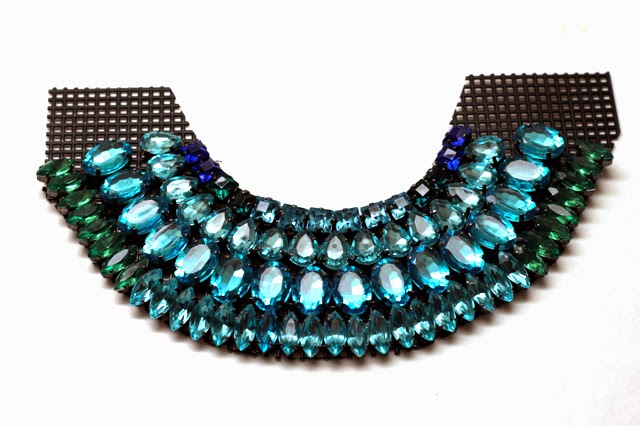 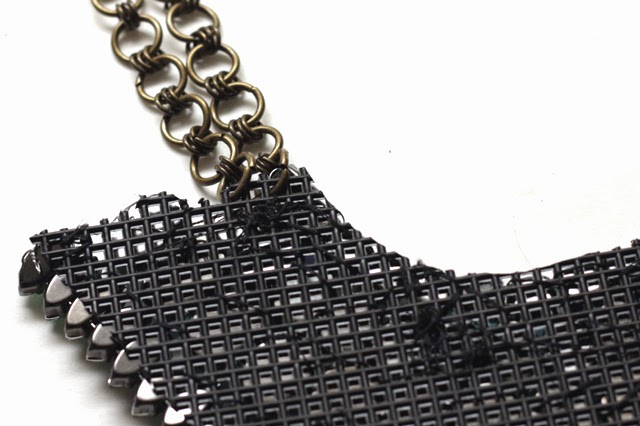 Attach an extender chain to the chunky chain. Attach a lobster claw clasp. 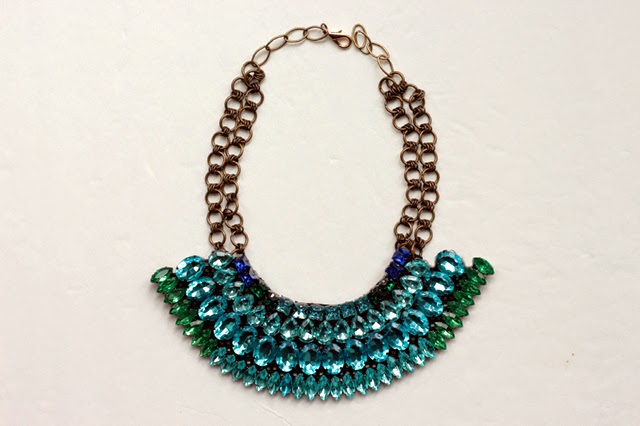 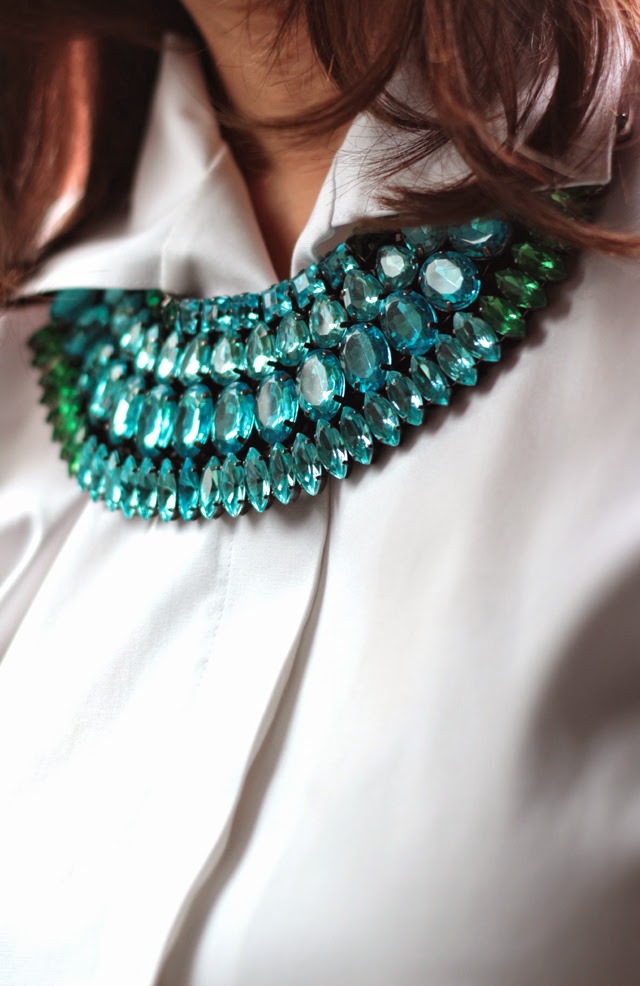 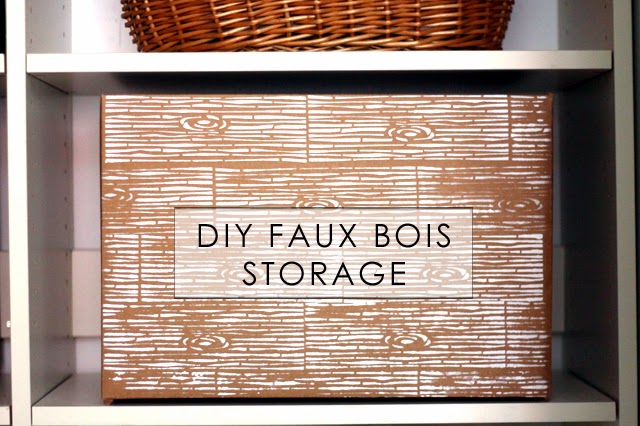 A few weeks back I shared 10 stylish DIY storage boxes, which got me thinking that simple storage looks the best. And what could be simpler than plain cardboard?

Yup, a nice cardboard box with the top flaps cut off looks minimal and and kind of hip if you don't ponder it too much.

Then Amy Anderson, the queen of Mod Podge, asked me to try out Plaid's new Mod Podge stencils. They are meant to be used with Mod Podge and glitter. There is no more useless element in the universe than glitter, so I opted to use my stencil with paint. What to stencil? How about those dumb cardboard boxes?

I picked this cool faux bois stencil designed by Amy. I framed it with blue tape to avoid getting paint around the edges. And I used a blue tape "level" to keep my lines straight. 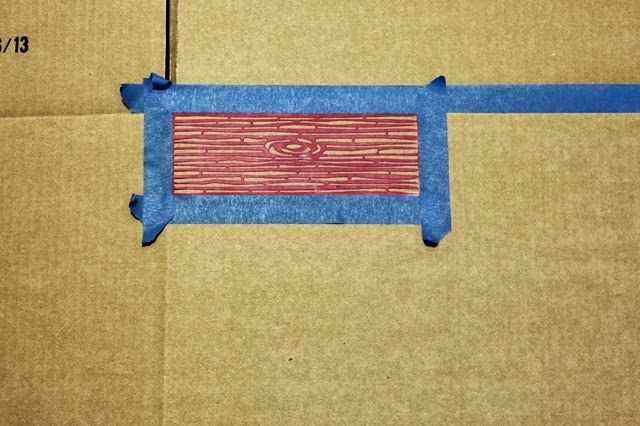 The stencil came with a spouncer, which is just fun to say. Any small sponge would do for applying paint to the stencil.

I used acrylic paint, which I kept on the dry side. I allowed each section to dry a few minutes before moving the stencil and painting again. After a few sections, I rinsed the stencil to keep paint from building up on it. 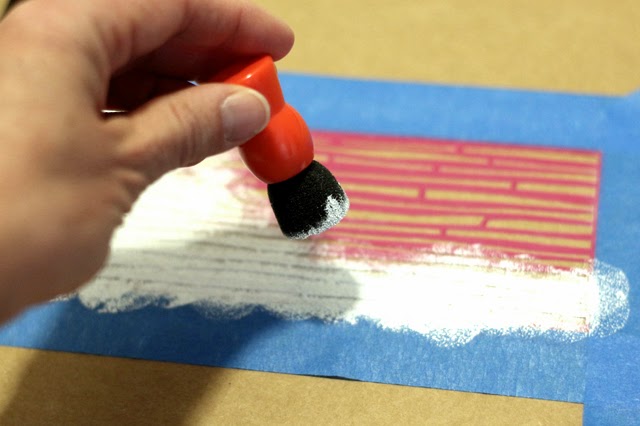 This project was cheap and easy to do. The stencil has an adhesive that helps it stick to a hard surface.

On the down side, it took forever. I cleaned my entire pantry in between drying sessions with the stencil. And this was one box. I need three more pantries to clean. 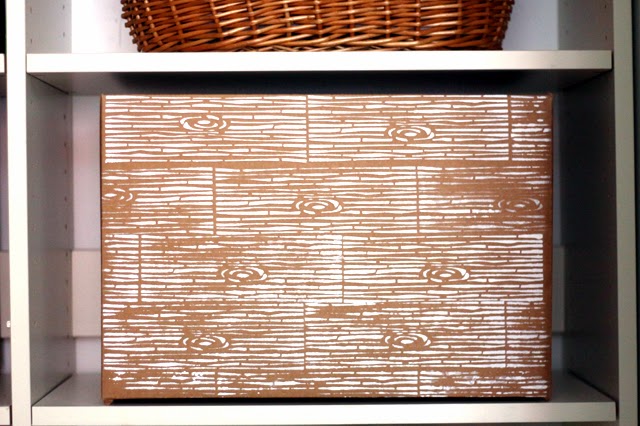 Then I ran out of paint before doing my next three boxes. 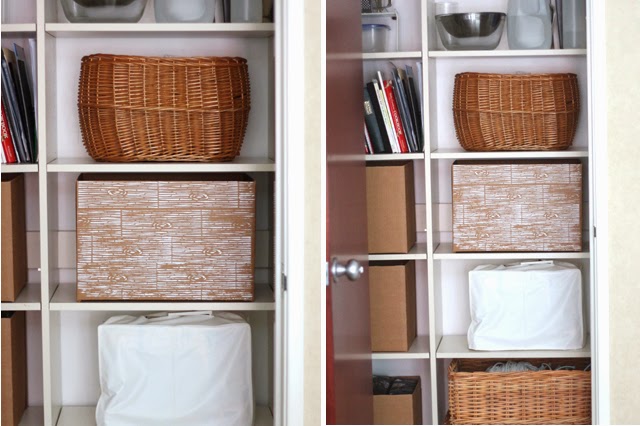 
However, it certainly elevated my cardboard to true hipster status.

Here is more info about the stencils from Plaid. I was provided the stencil and spouncer for free. All opinions are my own.

Have you started organizing your closets this spring?
2 comments