Where to buy rhinestones in settings for DIY jewelry 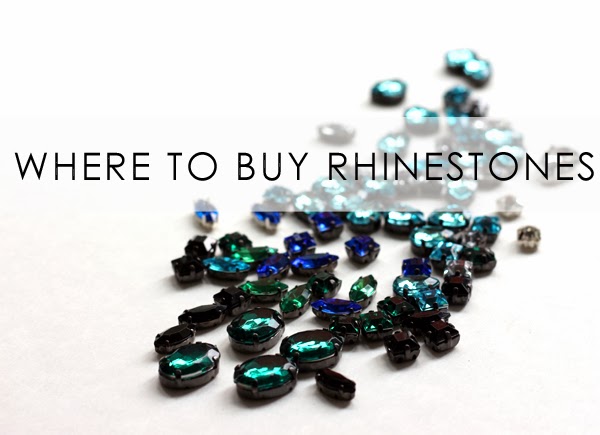 As mentioned earlier, making DIY rhinestone jewelry can be a loser situation if you are paying 50 cents to $2 or more per stone for your DIY project.

It took me months to find rhinestones in pronged settings at a price I was willing to pay. Below is part of my current collection, which I did not pay more than 20 cents a piece for (and some much less.). 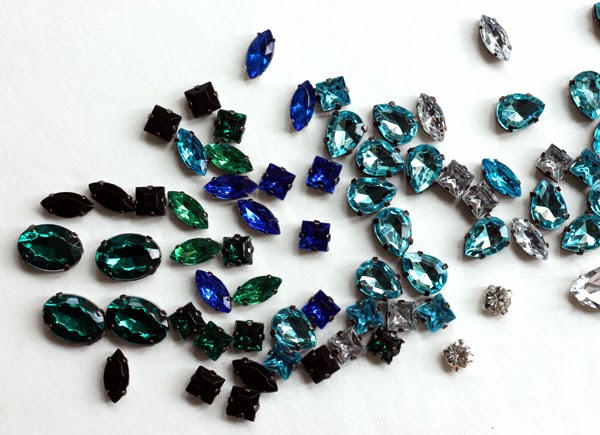 Here are my sources, plus a few more options that aren't too crazy. 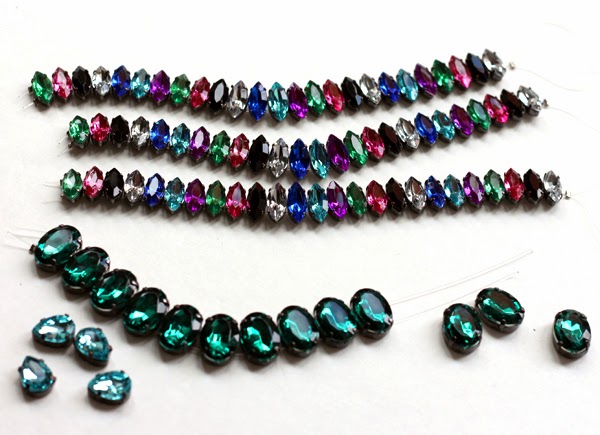 First up are slider beads by Darice. I've only found two places that sell these online - Consumer Crafts and JoAnn. Consumer Crafts has free shipping today only. JoAnn has free shipping for Black Friday weekend. Unfortunately Darice seems to be discontinuing some of these beads, particularly the single color strands, which is bad timing now that rhinestones are the hottest thing since craft clay. I've gotten 14 large stones for as little as $1.60 by hitting a clearance sale. Dear Darice, please make more rhinestone slider beads, not less. 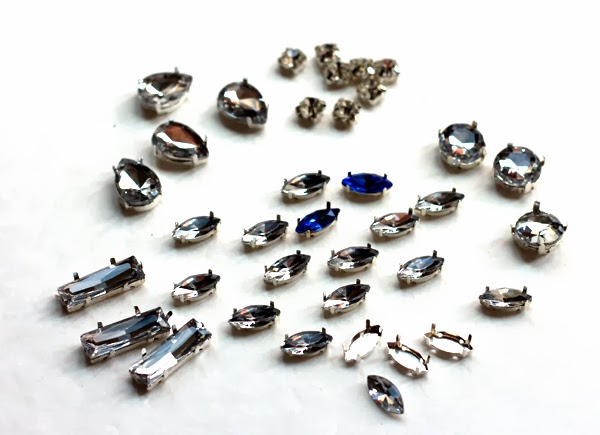 Next up is AllStarco, which offers by far the best price on clear rhinestones. They also have a limited selection of colored rhinestones in settings, particularly navettes. You have to set the rhinestones yourself for everything except the montees, but it's not hard. You can get 24 navettes for $4.23, which works out to less than 20 cents a gem.  Use code CYBERGOBBLE for 20 percent off until December 2.

Some other options are Wander & Hunt, which offers a nice selection of rhinestones in soft colors for about 40 cents a stone and free shipping. Stephanie at Henry Happened I believe was the first to discover stick-on pronged gems used for scrapbooking, which are good for small projects where you don't need a lot of stones in one shape. They run $3-4 a sheet for about 25 gems of various shapes.

Any sources I missed?