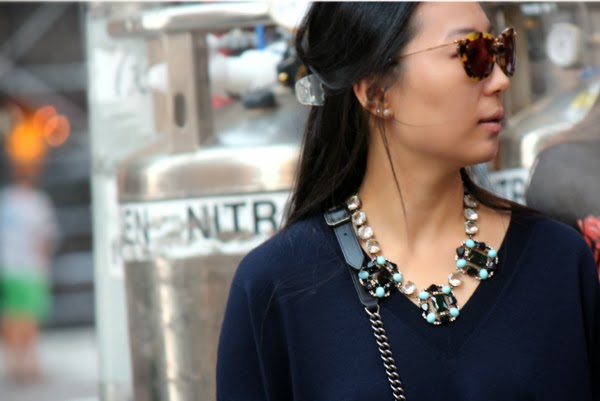 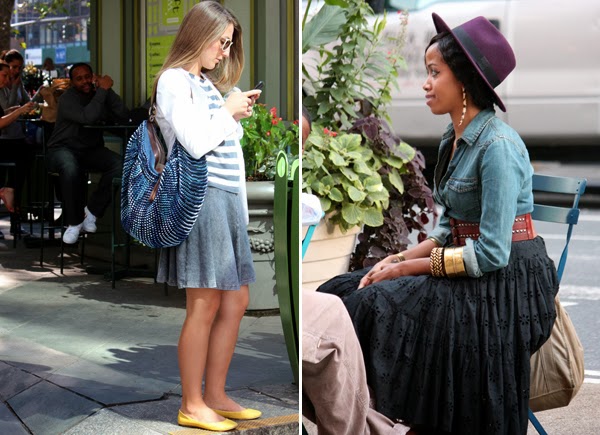 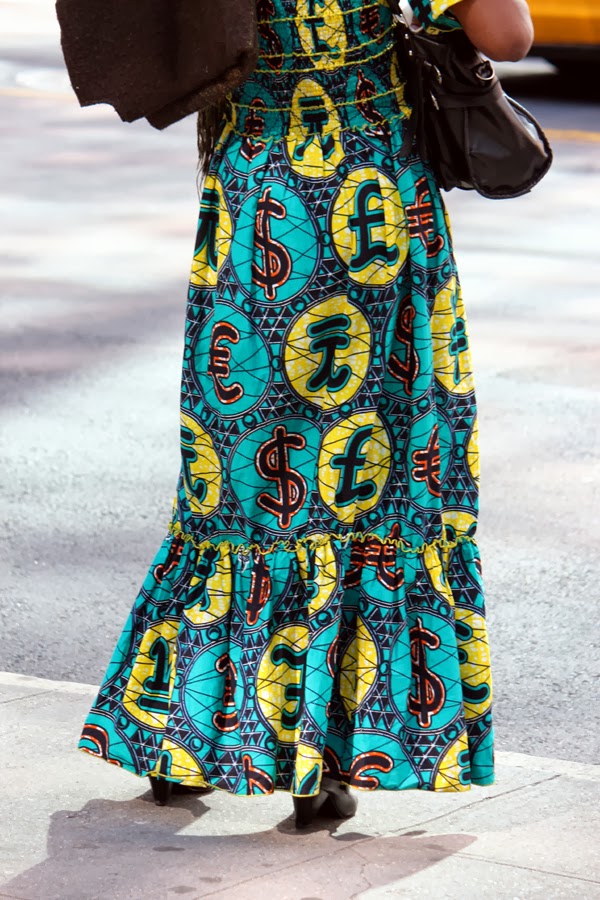 The African print above incorporates dollar signs and euro signs. 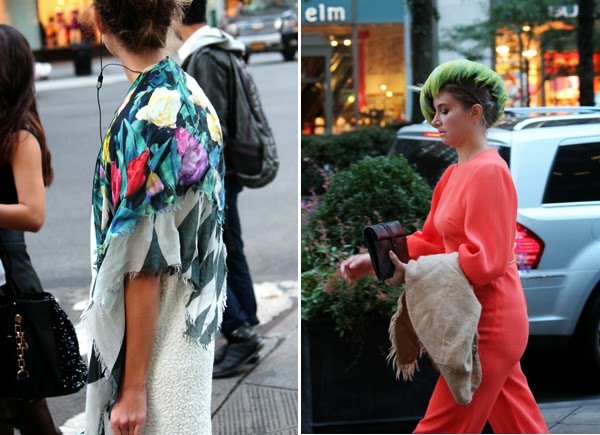 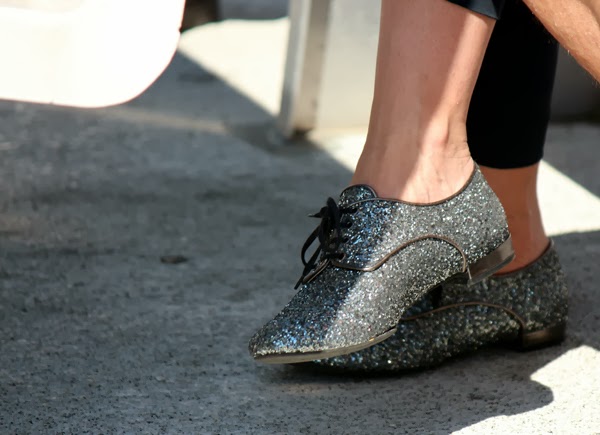 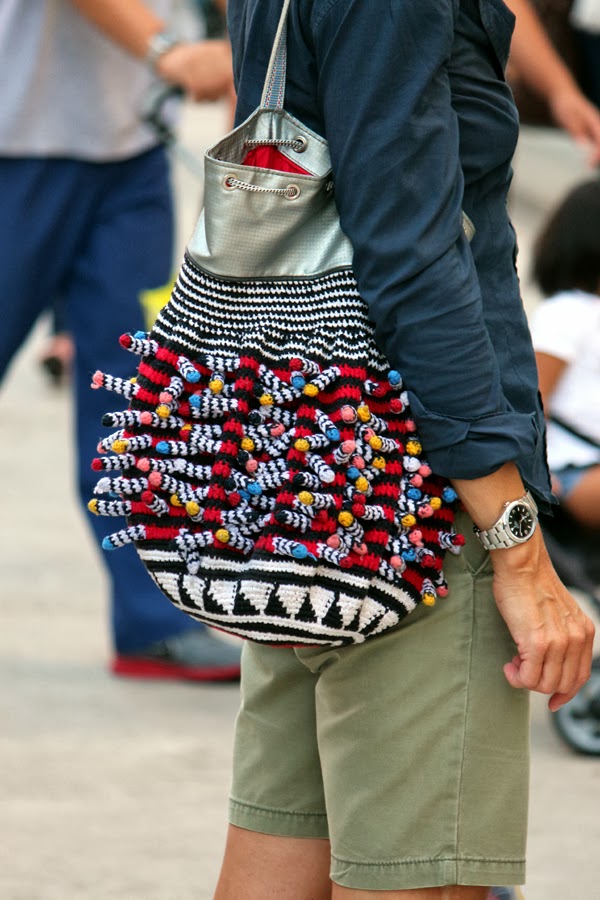 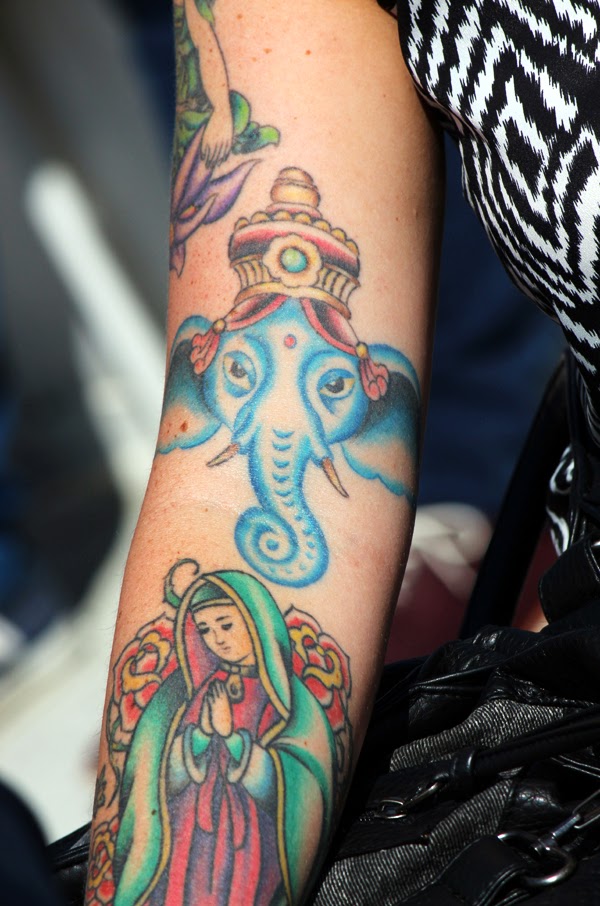 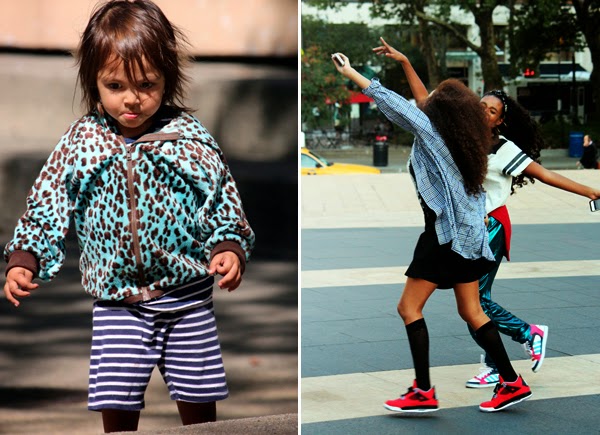 Little kids are pretty good at mixing prints. On the right, these girls were mock ballet dancing to the opera music being piped outside of Lincoln Center. They managed to make tennis shoes, knee socks and plaid work really well.
﻿ 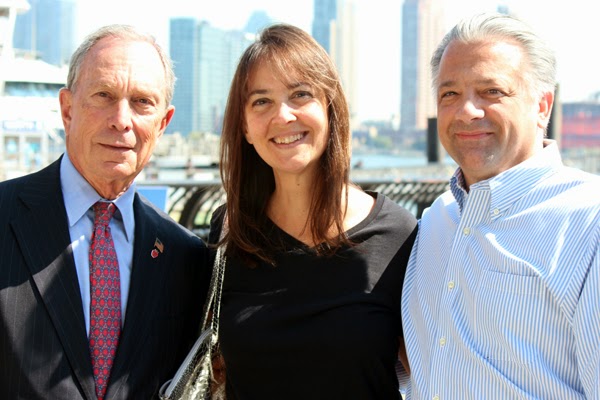 And then there are your random celebrity encounters. We met Mayor Bloomberg on the East River ferry. Apparently he appreciates a $4 boat ride as much as we do.
8 comments 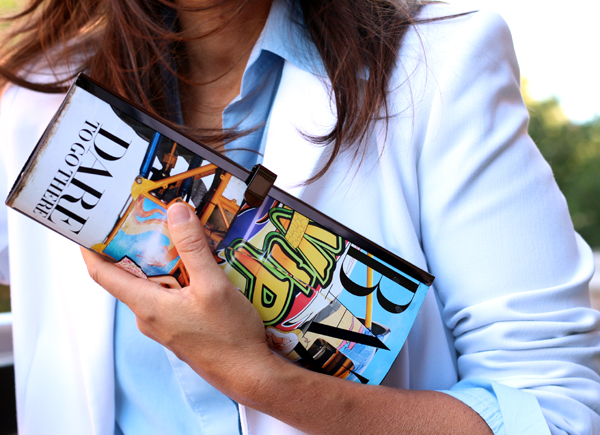 One of my first posts to Bromeliad back in 2008 was about the dumbness of craft kits.

Above, you see the results of, yes, a craft kit.

In general, I still think craft kits are dumb. Except this one.

The kind people at Darby Smart asked me to try one of their new DIY kits on the house, and I immediately dived for the magazine clutch.  I've been wanting to make one for years but lacked a clutch form.

The kit came in a cute blue box and included instructions, a fabric clutch, superglue, a little bottle of Mod Podge, a foam brush, and a current issue of Vogue - everything you need in one spot for less than it would cost to buy all this stuff separately.

The Vogue cover featured Kate Upton, who is adorable in general but involved too much cleavage for me in this specific instance. I instead chose a favorite issue of Harper's Bazaar. 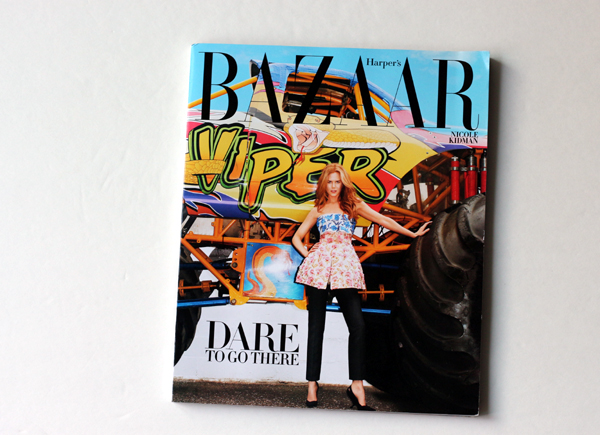 After opening the box, I lost the instructions and the photos I took of the cute unopened box. But it's pretty simple. Trim the magazine cover, superglue it to your clutch and Mod Podge the cover.

For extra credit, I tucked the edges of my cover under the metal trim of the clutch. 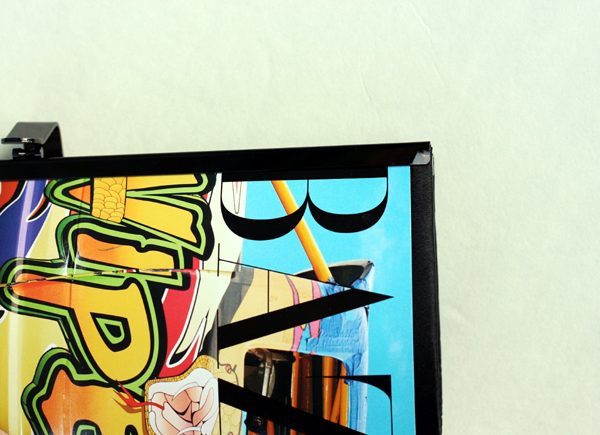 The Mod Podge left brush marks. My friend Donatella at Inspiration and Realization overcame this by painting a second coat in the opposite direction for a leather-like look. I subjected my clutch to five coats of Mod Podge clear acrylic sealer. Below you can see the brush marks toward the left and the smoother sprayed surface toward the right. 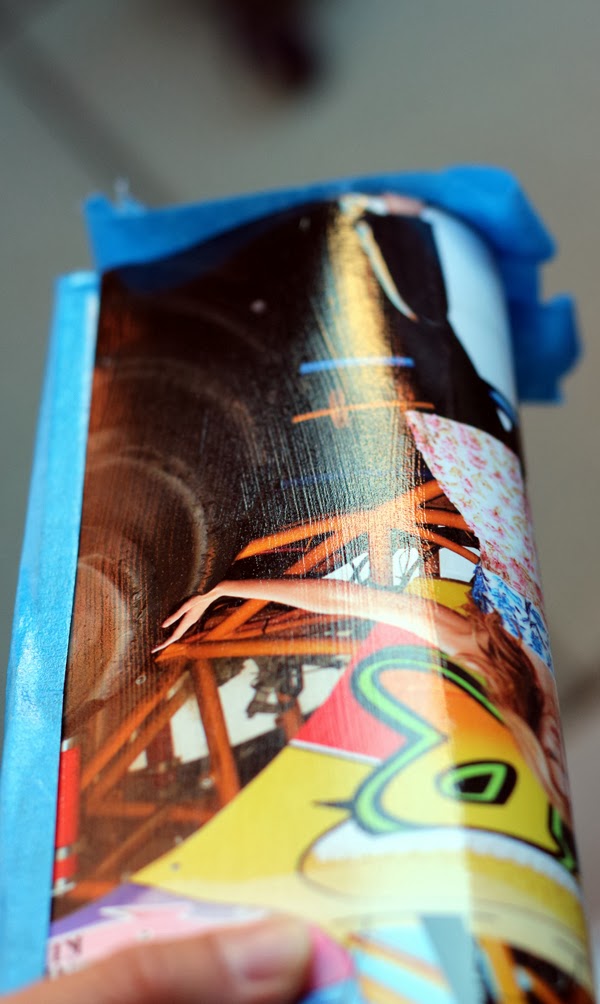 It came out looking shiny and not remotely like a magazine cover glued to a purse. I probably could have skipped the Mod Podge all together since my magazine cover paper was already coated. 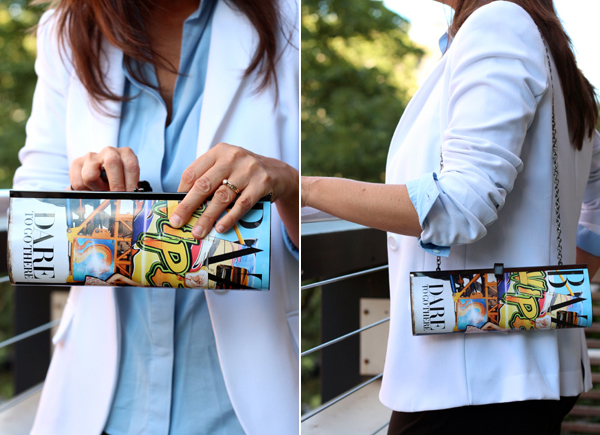 I especially like that this little clutch includes a chain.

Overall I liked this kit because it was practical but still allowed for creativity. Darby Smart sourced a clutch shape I was unable to find on my own at a price that made sense. Yet, I also could personalize the clutch to my tastes. (My main problem with DIY kits is that they cost too much and require zero creativity, which pretty much eliminates the only two purposes of DIY.) 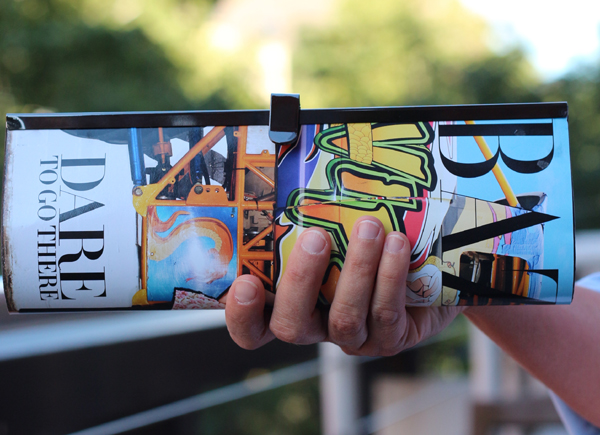 Do you have any opinions about craft kits, pro or con?
6 comments 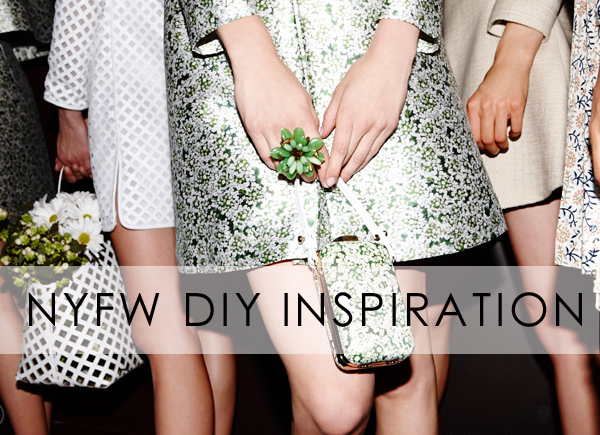 New York Fashion Week is over. London's has already started. I've saved you hours of tedious scrolling through fabulous fashion from the streets and runways to bring you more than a dozen DIYable designs.  I'm so good to you.

Above, check out Tory Burch's DIYable beaded ring (and beaded necklaces and sandals.) 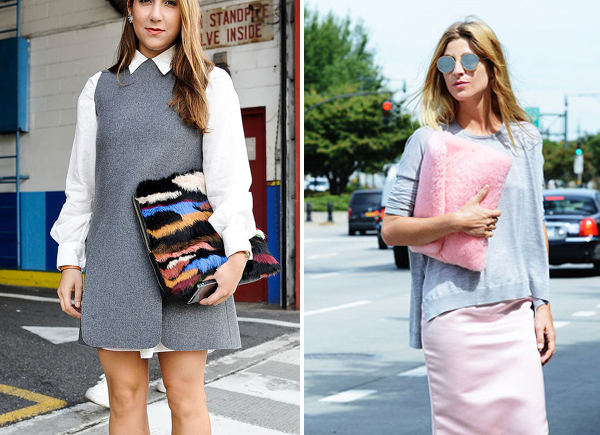 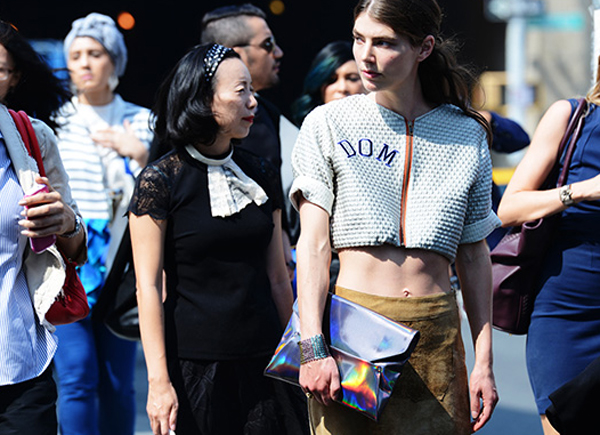 This is the second year I've wanted to make a holographic silver clutch. Forever 21 hasn't knocked this one off yet, so maybe I will still do it. 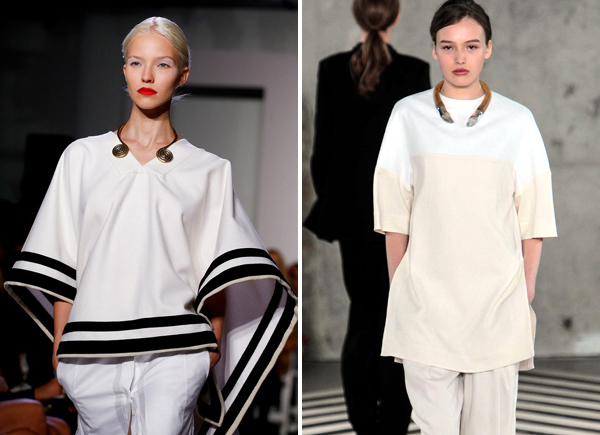 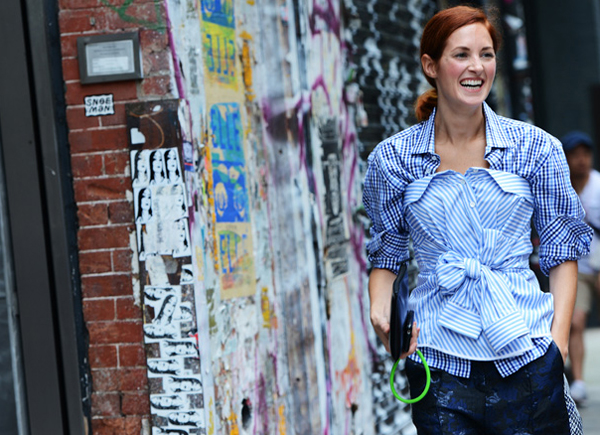 Wear a shirt with a shirt. 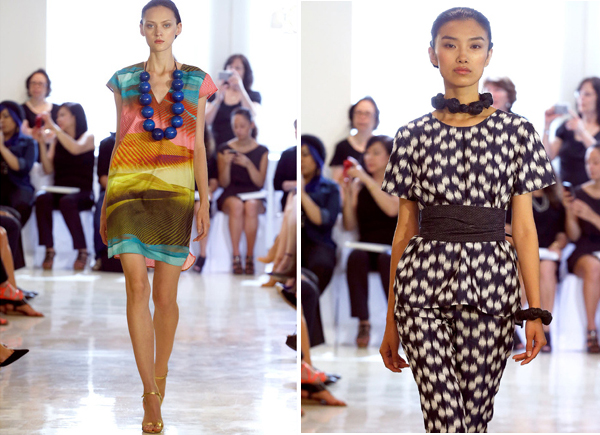 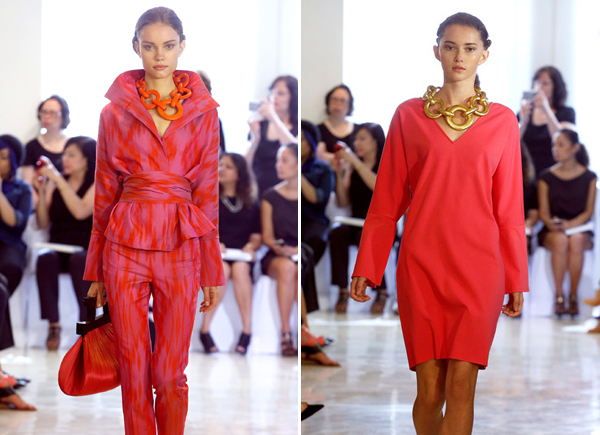 Or try her oversized chains in many colors. 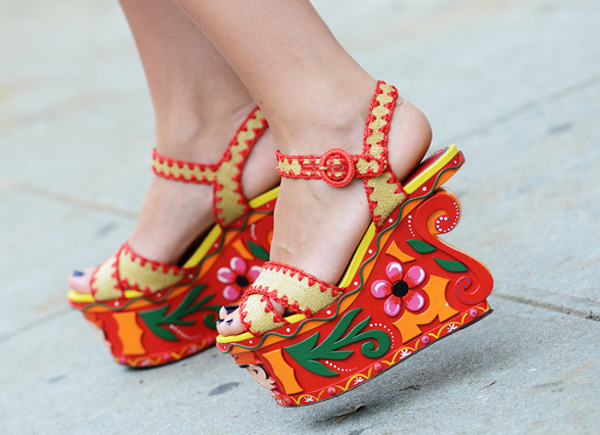 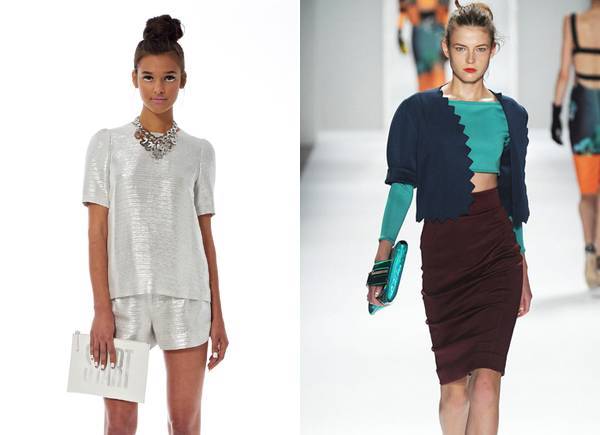 Make a washer necklace like Kate Spade (or stencil metallic paint onto a plain clutch.) Pretend like you've got giant pinking shears and zig-zag trim a jacket like Milly. 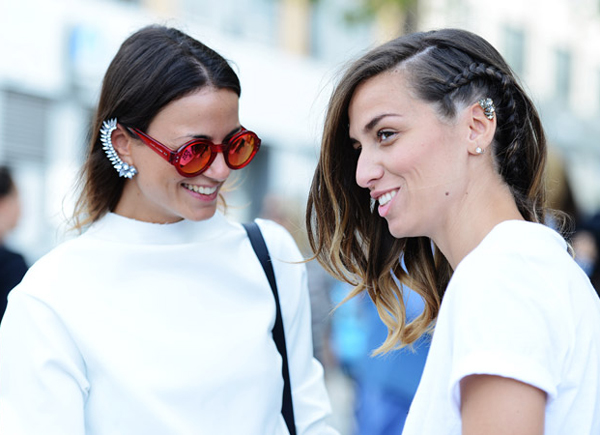 You can so do a glam ear cuff. Check out Swellmayde or Honestly for a tutorial.  (Images via Style.com and Fashionologie.com.)

Did you find something inspiring in the Spring 2014 collections or on the street?
1 comments 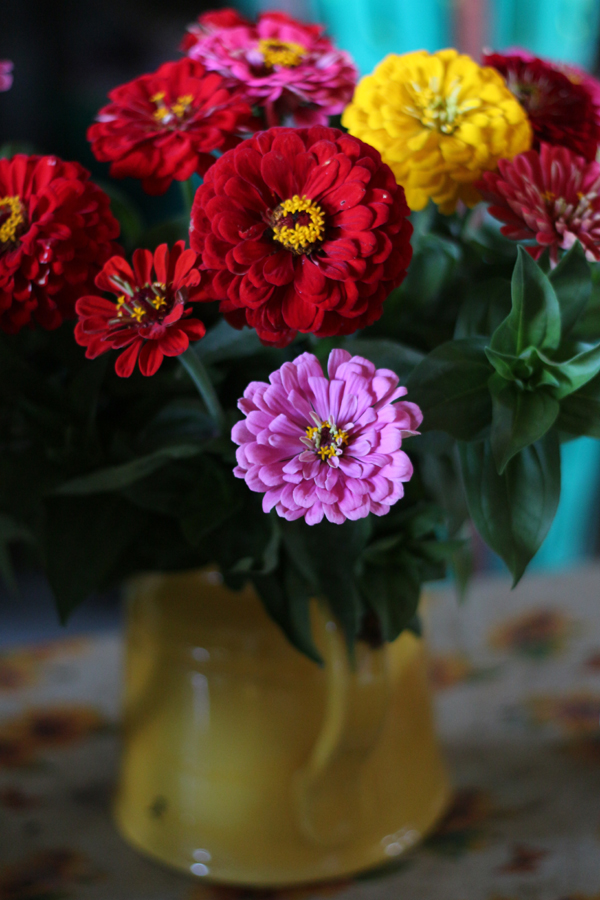