My own personal Missoni 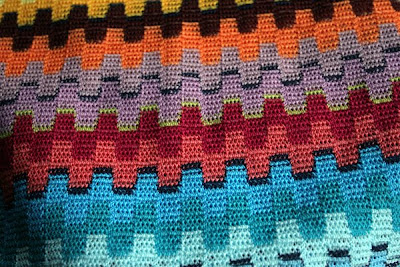 I picked up this knit top in my favorite thrifting spot last week and wore it yesterday.
Several people said, "Hey that looks like the new Target stuff (e.g. Missoni.)"
I was surprised my non-fashionista friends were so up on designer Target lines (and besides I considered the pattern to be more Jonathan Adler than Missoni) until I found out that people in the city were killing each other to be first to grab Missoni at Target prices. 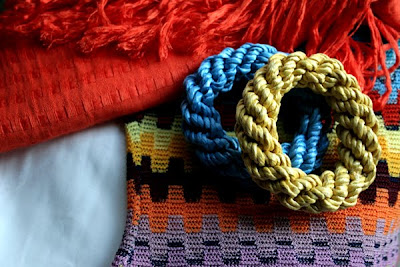 I wore my version with a thrifted orange scarf, thrifted teal shoes I found in my drawer at work, my DIY bangles and a white Talbot's skirt (to give the eye a break, natch.) Total cost: $27.
I don't think there is a color that does not go with this little top.
For those of you who did not make it to Target and aren't finding fabulous second-hand knit tops, there's a free tutorial for making your own Missoni-inspired throw. 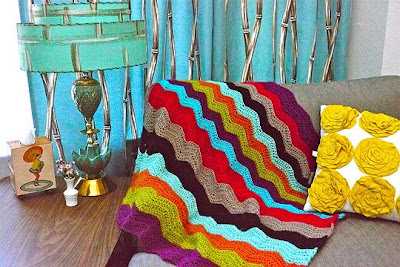 Yet another reason to learn how to crochet.