Lights but no action 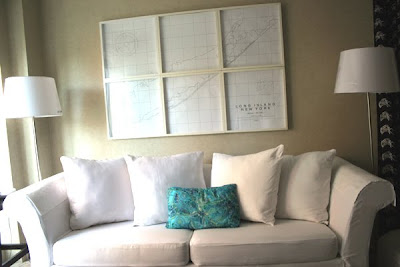 Those of you who have followed this blog awhile know that I am both extraordinarly cheap and excruciatingly picky. That means a simple decision like picking out a couple of lamps can take years.
So, what a surprise to announce that I marched out to IKEA last weekend and bought two lamps.
The Alang, which I thought I would like, ended up being way too tiny in person.
So, overheated and jostled by other shoppers, I went for a Jara shade with a Rodd base for a total cost of abour $45 per light. 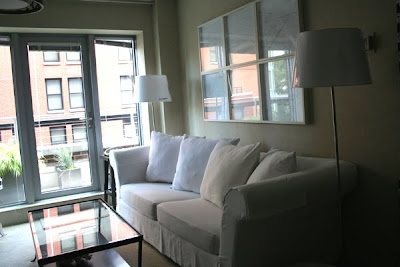 Of course, nothing can be that simple.
The new Jara shades are great (they also come in black). But I think the base is too tall. 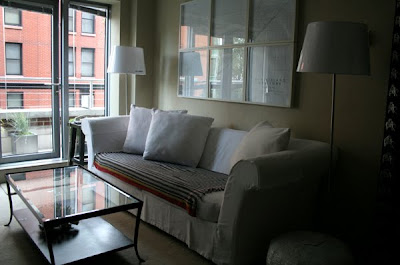 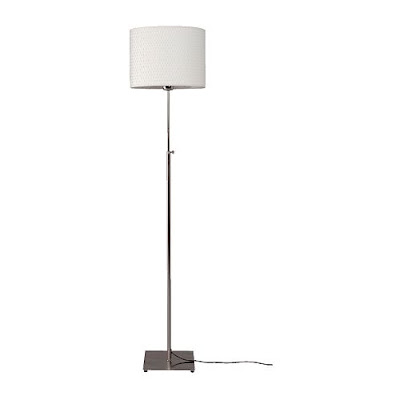 Or there is this adjustable lamp from Walmart that I've been eyeing for awhile. I could go out on a limb with newly-cool-again brass. On the down side, the shade is described as "cream." Cost: $52 plus $5 shipping or $72 with a different shade (wouldn't a black Jara be cool?) 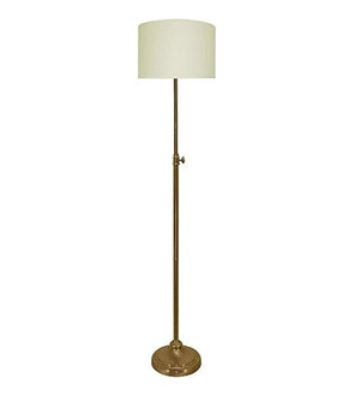 Or I could play it safe with nickel with this adjustable lamp from Walmart. The shade looks fine. The downside here is that it's a floor lamp/table lamp set, so I'm shelling out $20 for a table lamp I don't want. Cost: $70 plus $5 shipping. 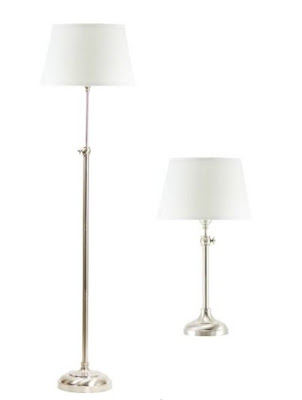