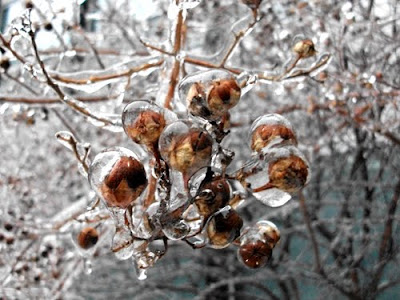 Returned from Mauritius in time to be whacked with an ice storm. Hard to be aggravated when it's so pretty. Above are crepe myrtle berries encased in ice. 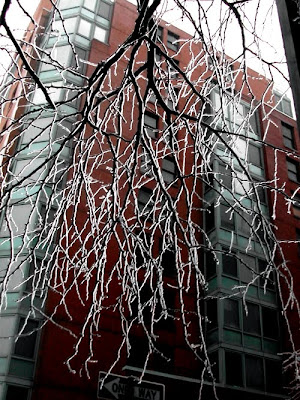 Below is an ice sculpture by Mr. Bromeliad. He leans toward giant luminaries but recently received a "bourbon ball" ice tray from the good people at Maker's Mark, which has greatly expanded his repertoire. Of all the thousands of people who received one, I'm sure none have enjoyed it more than Mr. B. 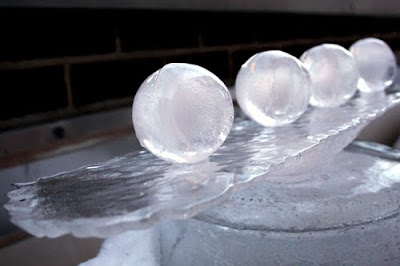 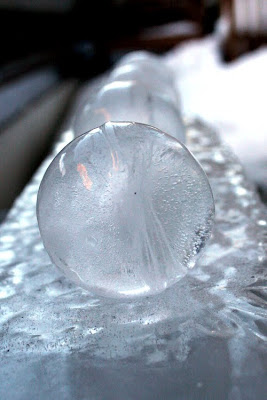