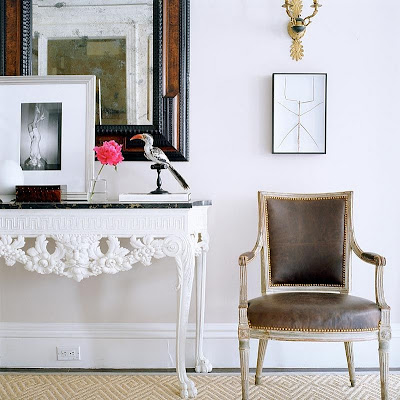 Christina at Griege calls it "objects of interest." Shari at Little Blue Deer has the great phrase "rustic ephemera." Then there's Thomas O'Brien, the "collector decorator" at Four Walls and a Roof.
What's a girl to do but add more stuff? 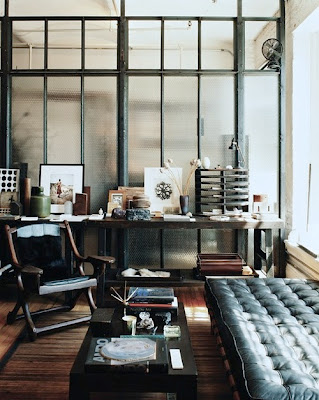 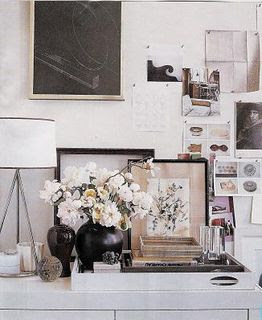 So I tried, starting with this mini leather suitcase that I found discarded. Definitely rustic (e.g. beat up) if not ephemera. 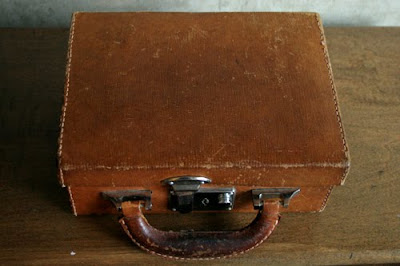 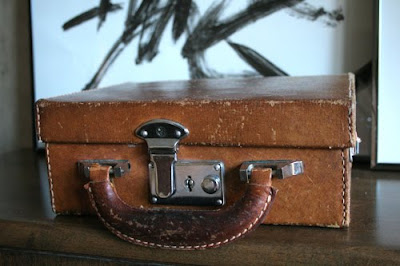 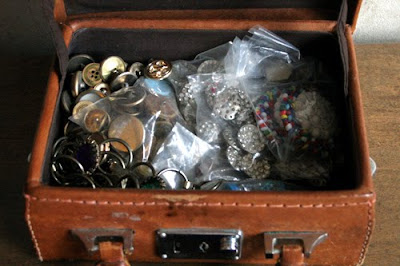 Inside I keep a microcosm of my full treasure trove of buttons and belts and beads. 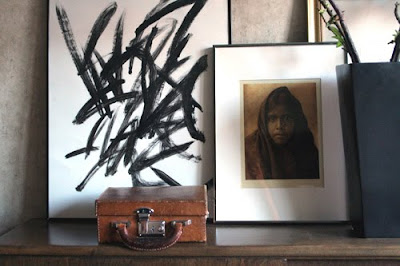 It looked a little lonely by itself. 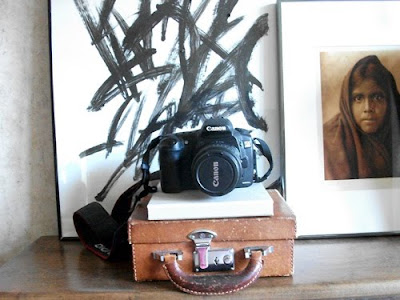 I added my camera and a notebook.
And then stopped.
And later saw Lindsey Bond's Alabama cottage in the October issue of House Beautiful. 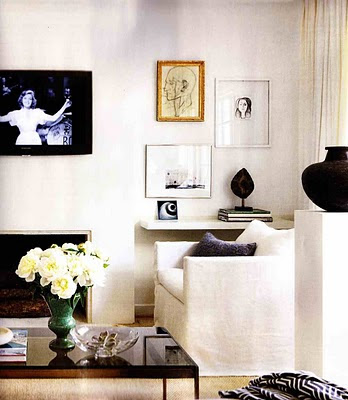 Sigh. The white sofas. The spare art. The lack of stuff. So me. And here's what Lindsey says:
"Pristine white, clean lines, symmetry, neatness: that's what I call serenity . . . I do use objects sparingly, because I don't like clutter. It makes me so nervous." 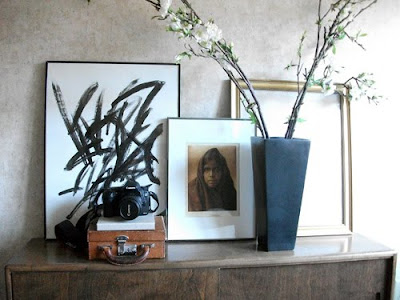 So here's my "collected yet spare" vignette. In the time it took me to create this, Christi at Charm Home decorated a whole house.
How about you? Collector or minimalist or somewhere in between?
Images: Via Griege; Roman and Williams via Cabbage Rose; Thomas O'Brien via Four Walls and a Roof; Jonny Valiant for House Beautiful via Bellevue and Rose.