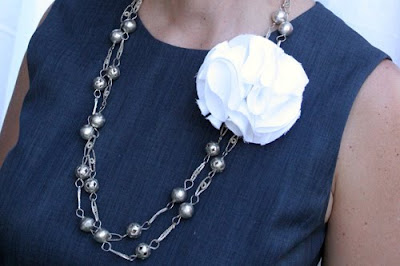 We've got an easy little not-too-original DIY for today.
I've seen tutorials for making these puffy ruffled round flowers all over the Internet. (Mrs. Priss has a very cute one, for example.) The only advantage to mine is that it doesn't require any sewing and it will be followed by some handy pointers for reusing your work four or five or maybe even six different ways.
You will like these little flowers. They are easy and versatile.
You will need some fabric (I used a ripped dress shirt), a little bit of felt, a glue gun and scissors.
Start off by cutting lots of circles. Mine are three inches in diameter, but you could go smaller. You will need seven or eight circles per flower. You will also need one small felt circle per flower. (I traced mine from the lid of a cheap bottle of tonic. A water bottle lid would also work.) If you don't care for fraying, you may want to treat the edges of your circles with Fray Check (a step I neglected) or use a non-fraying fabric like jersey. 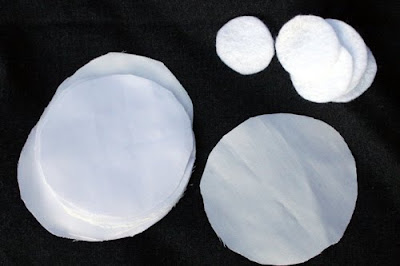 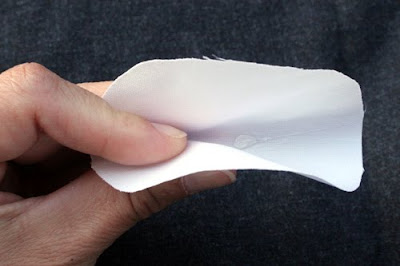 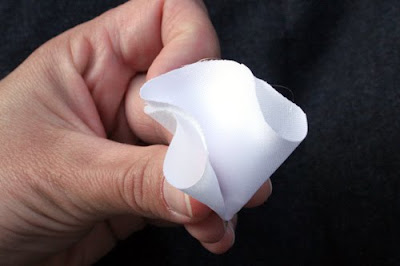 When you have a stack of folded circles, start gluing them to your felt. 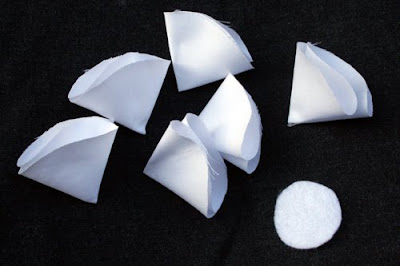 Put a dot of hot glue on the tip of one folded piece and place it in the center of your felt. Place two more pieces on either side of the first one, alternating the direction of the folds. 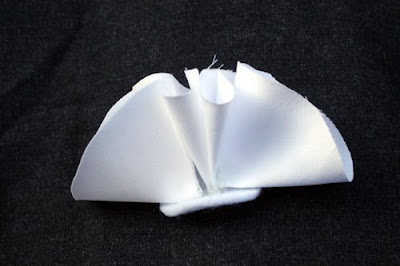 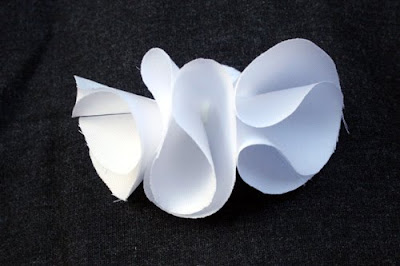 Add more pieces until the entire felt circle is filled in and your flower looks full and fluffy. If you have the spray version of Fray Check, you could give your flower a spritz. 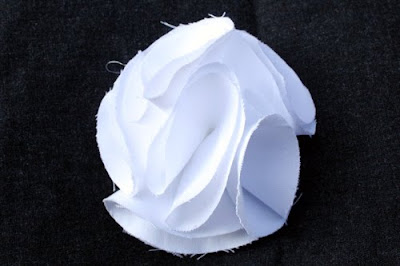 The backside of your flower will look like this. 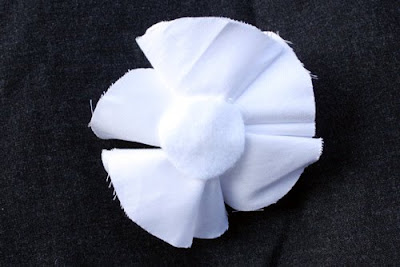 Stop back next week when we will do a bunch of cool stuff with this basic flower.