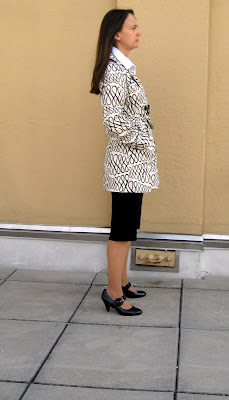 The above represents a historic outfit - the last storebought piece of clothes I bought and the most recent. The coat I got at TJ Maxx late last winter on clearance for $30.* The shoes I bought last week on clearance at K Mart for $11.63. Nine months is pretty good for not having bought one new thing. 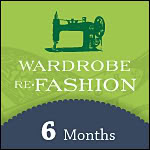 So I'm taking the Wardrobe Refashion pledge after the fact. The Refashion pledge is a committment to not buying any new clothes for a period of two to six months and instead to reuse, recycle or refashion existing clothes. I might sign up for real after my JCPenney order of French cuff white shirts comes in. (I'm kind of all spendy at the moment.) 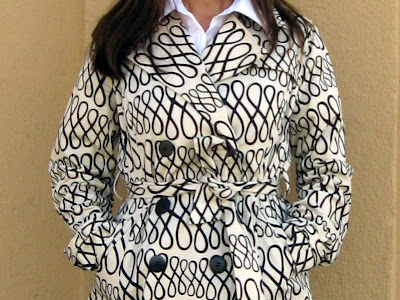 My scribble raincoat has the same pattern as Mod Green Pod's Aspire fabric ($40 a yard.), which was featured on this cool re-upholstery job from Design*Sponge last spring. Picture me lounging on in wearing my raincoat. (If it doesn't make you dizzy.) 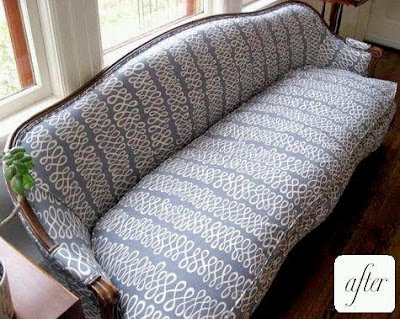