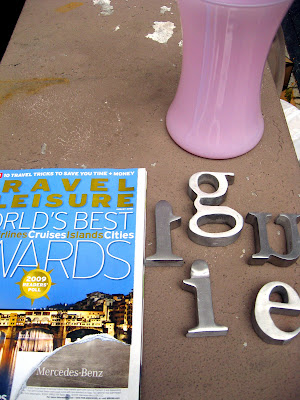 Saturday I walked out of my building intending to buy a spool of thread (amazingly hard to find around here) and came back with (no exaggeration) a garbage bag full of stuff.
My first stop was the urban cultural phenomenon known as the stoop sale. This is what you do in place of a garage sale when your living space is smaller than most American garages. Generally I find Brooklyn stoop sales to be high on price and low on inventory, but this one caught my eye primarily because of the Ghost chair. 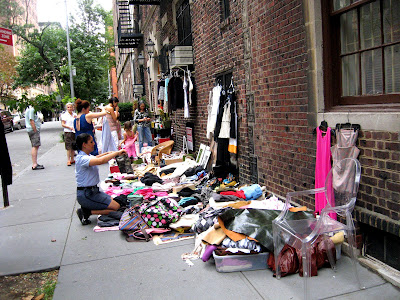 Alas, the Ghost chair was not for sale (it belonged to the building lobby.) But I did pick up four packages of West Elm hanging capiz shell strands for $1 a piece. (Retail value $80) I have no use for shell strands but I've been kicking around the idea of a DIY capiz pendant light. 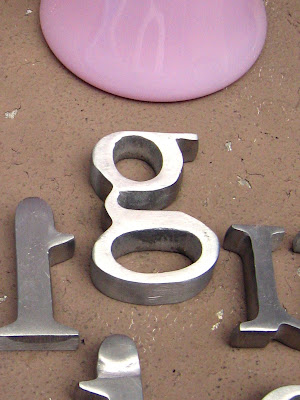 Even better than a stoop sale is a stoop giveaway. One block later, I ran into a free magazine, vase and random set of silver letters. I picked up the G, E and N and moved on.

Next stop was the Housing Works thrift store, which had an influx of odd-looking stuff from Home Goods, some of which I swear was marked up from Home Goods prices. 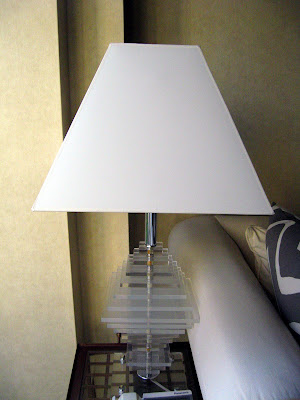 However, I did pick up this lampshade for $5. (The ticket said $63). I finally found the perfect match for the lamp I picked up for free about five years ago. 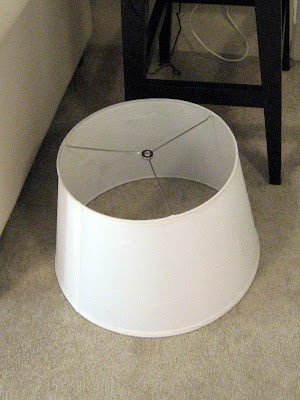 I also got this shade for $2. It's beat up but who can pass up a cheap drum shade? Tom reminded me that the last time I tried to recover a lampshade I ended up with glue on my toes. Long story.

And the thread? Never got it. The Variety Mart closes at noon.