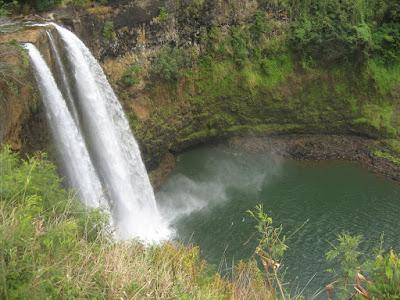 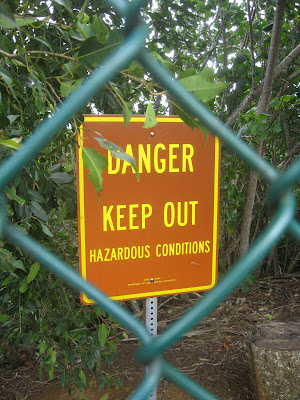 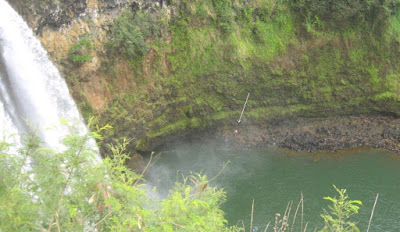 Tom at the bottom. (See white arrow.) Tourists gasped. Locals told us later that it's even better to walk behind the falls. Later we discussed who among our friends and family would hike to the bottom of Wailua Falls.

There are two kinds of people in this world - those who would hike to the bottom of Wailua Falls and those who would not. (Oh, and what about me? In typical ambivalent fashion, I hiked half way down, whining. )