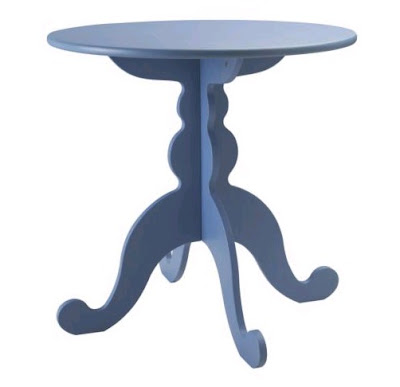 The Hemnes table is marked down from $129.99 to $79.99 for the IKEA Winter Sale in Brooklyn from December 26 to January 19. (Comes in black, yellow, blue and white.) Still too much for girlfriend, who would like to figure out how to make one from cardboard. 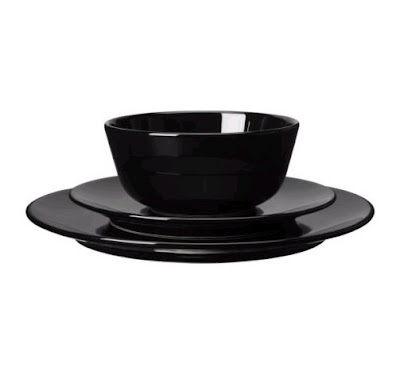 The Syntes dinnerware set is marked down from $24.99 to $19.99. (You could almost throw them out as you go instead of washing them.) Comes in black, blue and white.
Different IKEA stores have different sale items. The Brooklyn store had more than most.