Our first museum stop in Amsterdam was the Anne Frank House, which was both solemn and inspiring. (Photo source: vandegrift.com and annefrank.org)

Eight people hid for two years in the back part of the house until they were betrayed to the Nazis in 1944. Otto Frank, Anne's father and the lone survivor, wanted the secret annex to remain as the Nazi's left it - stripped of furniture. I think the emptiness makes the experience all the more powerful.
Anne pasted pictures of movie stars and royalty in her room, which are still there.

Anne started the diary when she was 13, and, like many people, I read it as a teenager. Touring as an adult, I felt a wave of motherly protection toward young Anne. Such a stupid waste of a beautiful young life. At the same time, Anne inspires. Trapped in a dark room with nothing but a pen and paper, a mere child defeated the Nazis. 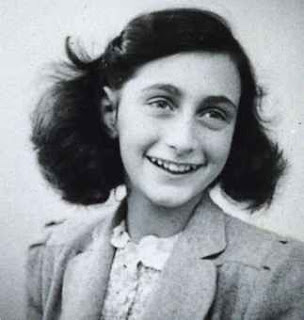